Walk any distance through a Central American jungle and you’re sure to stumble upon a nest of leaf cutter ants. It’s probably a good thing that only 2.5% of ant queens successful set up a colony, or else there would be no leaves for them to cut.

These amazing ants are actually farmers. Despite what is commonly believed, these ants don’t eat the leaves they cut, but bring them back to their colony where they make compost with the leaves. In this compost the ants grow a special fungus that they eat for their food.

Each colony is set up with a sort of cast system. The queen, of course, lays the eggs. Then there are some really, really big guys that sit around drinking a fermented fungus brew until some big lugger like me comes digging around their nest, in which case they crawl out and pinch their huge squeezers at you (I didn’t get a picture of this because I was running).

Then there are some medium sized ants with scissor mouths that actually do the leaf cutting and leaf cutting. Often riding along with them on the leaves are even smaller ants who help protect the busy cutter from flies that try to lay eggs on them.

The first thing you’ll probably see when you get close to an ant cutter colony is this:

If you follow the trail (where the leaves are heading) you’ll eventually come to the colony which looks like some sort of sprawling nuclear factory: 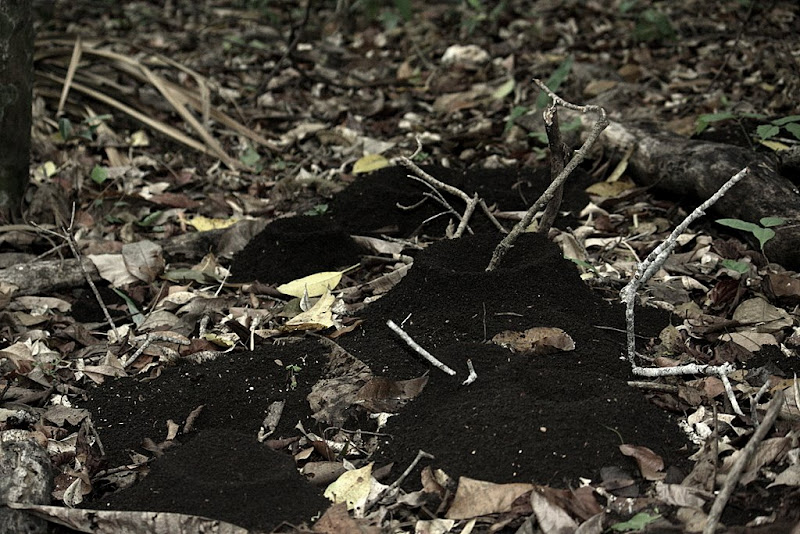 Notice the small ant clinging to the leaf that the larger ant is carrying. Want a free ride? Hop on!: 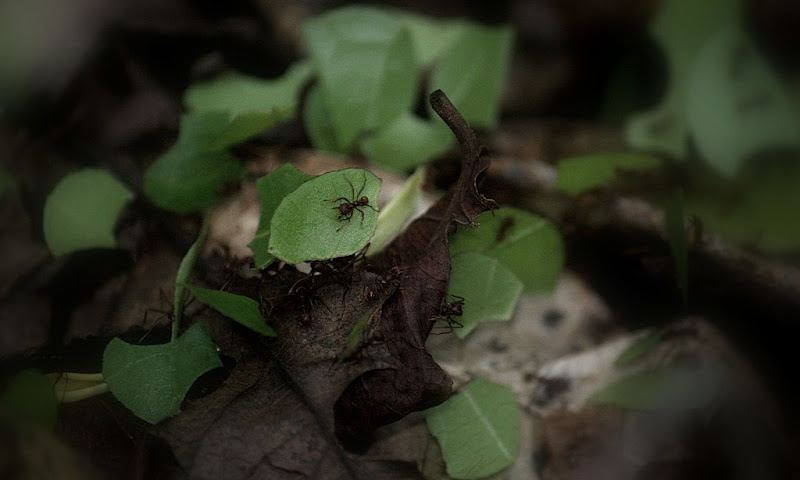